There are millions of reasons to gather together. No matter your reason, Mont du Lac is the place to make your memories. From birthdays, weddings, anniversary parties, club events, to school field trips, work meetings, and conferences, Mont du Lac offers a variety of customizable packages. Contact our Guest Services desk to start planning your event today and our professional staff will help you plan the event. Accommodations can be made for a variety of group sizes and budgets and Mont du Lac’s professional chefs will work with you to customize your dining experiences for all occasions.

This event has passed. 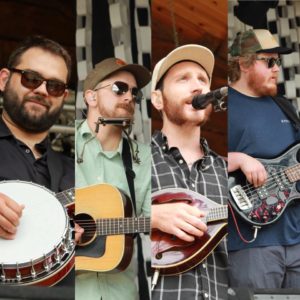 Black River Revue will be playing live music in our Base Lodge from 4:00-7:00PM!

Freshwater bluegrass & Americana from the twin ports of Duluth, MN and Superior, WI.  Using a bluegrass instrumentation BRR has crafted their own sound made up of mostly original music which can be heard on their debut album “Garbage Pickin” (released in April of 2013). Their sophomore album “Spring Thaw” (released June 2014) added another year of songwriting and live performance experience to their sound. Five years of touring, personnel change, and personal growth has inspired a third record “Just Can’t Win” (released September 2017) Just Can’t Win has had radio play worldwide and has charted on independent and college radio states across the United States.